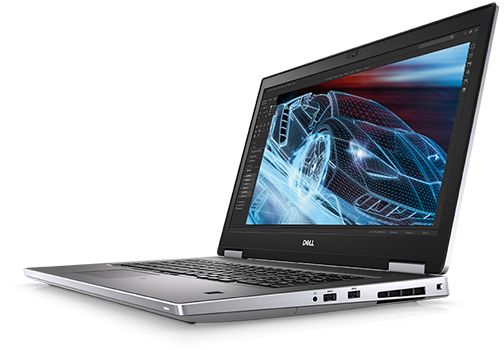 Dell recently released the Precision 7740, the 4th generation of its most powerful and scalable mobile workstation. Simple but stylish the 7740 exudes class and claims to be the thinnest and lightest mobile workstation in its class. This generation’s spec refresh offers the latest processors, next-gen graphics, new display options, and longer battery life. Some impressive new components include 9th Generation Intel Core and Xeon 8-core processors and Nvidia Quadro RTX professional GPUs up to the Quadro RTX 5000, adding a new level of power to mobile workstations previously only found in tower workstations. With the budget, the Dell 7740 is a solid competitor against most other high end workstations and supports a wide variety of applications including VR and AI.

Designed for creative and technical professionals this powerhouse system is equipped to take on the most demanding data and graphics intensive workloads. Dell Precision workstations are Independent Software Vendor (ISV) certified and feature Dell Precision Optimiser software, an AI-based performance optimiser software that automatically adjusts your workstation to run applications at the fastest speeds possible. So, users can rest easy knowing that applications will run smoothly whatever the workload may be.

The Dell Precision 7740 is built with premium materials that feel satisfyingly solid. This workstation stands out due to sheer size and features a well balanced design that is streamlined for ease of use and efficiency without sacrificing any features. Users are given a choice of titan grey aluminium or a carbon fibre cover on the exterior depending upon which display they choose. It opens up to a soft feel interior with a full keyboard, touchpad, fingerprint scanner(optional), and contactless card reader (optional). A range of display options are available including a new 17.3” UltraSharp UHD IGZO display featuring 100% Adobe colour gamut. While the 7740 is the thinnest and lightest design yet, it still has some heft to it; weighing in at 6.79 lbs to start and a height/thickness just over an inch. Connectors are nicely distributed around the back and sides of the computer, not crowding or overloading any one side too much.

With a large powerful computer battery life, overheating can be a concern. Due to highly variable operating conditions no official operating time has been released for the 7740 as battery life can significantly reduce under certain power-intensive conditions. However, Dell has offered the option of extended power with a 97Whr battery that features ExpressCharge. Addressing thermal concerns a revolutionary cooling system with dual fans improves airflow and keeps your system cool.

Shattering boundaries, boosting graphics power, and improving capability the NVIDIA Quadro RTX professional GPUs are an impressive option available on the Precision 7740. The new Quadros are the first to incorporate ray-tracing and tensor (for AI acceleration) cores, differentiating them from their Pascal predecessors. Below are the specs on all GPUs available for the Precision 7740.

**Specifications based on most recent data sheets from NVIDIA and AMD.

* No datasheet for the NVIDIA Quadro RTX 3000 was available. Information was taken from the Quadro RTX mobile line card published in August of 2019.

We put the Dell Precision 7740 through three resource intensive tests to see what it can do as well as test the capabilities of the Nvidia Quadro RTX 5000. This first test is the SPECviewperf 13 benchmark, which is the worldwide standard for measuring graphics performance based on professional applications. SPECviewperf runs 9 benchmarks called “viewsets,” which represent graphics content and behaviour from actual applications and include categories such as 3D Max, CATIA, Creo, Energy, Maya, Medical, Showcase, Siemens NX, and Solidworks.

Next we ran SPECworkstation3, a test that specialises in benchmarks designed for testing all key aspects of workstation performance; it uses over 30 workloads to test CPU, graphics, I/O, and memory bandwidth. The workloads fall into broader categories such as Media and Entertainment, Financial Services, Product Development, Energy, Life Sciences, and General Operations. We are going to list the broad-category results for each, as opposed to the individual workloads. The results are an average of all the individual workloads in each category.

In SPECworkstation3, the Precision 7740 outclassed the ThinkPad P72 by a significant margin in all categories.

The last of the tests is the Environmental Systems Research Institute (Esri) benchmark. Esri is a supplier of Geographic Information System (GIS) software. Esri’s Performance Team designed their PerfTool add-in scripts to automatically launch the ArcGIS Pro. This application uses a “ZoomToBookmarks” function to browse various predefined bookmarks and create a log file with all the key data points required to predict the user experience. The script automatically loops the bookmarks three times to account for caching (memory and disk cache). In other words, this benchmark simulates heavy graphical use that one might see through Esri’s ArcGIS Pro software.

The Dell Precision 7740 is a relatively portable high-end workstation optimised for creating VR and AI content. Built to last with a durable aluminium chassis, users are given an overwhelming amount of customisation in the spec and build. The 7740 can be equipped with 9th generation Intel Xeon and/or Core CPUs with up to 8 cores and up to the NVIDIA Quadro RTX 5000 GPU. Additionally, it can be configured with up to a massive 8TB of storage, 128GB of memory, a 6-cell 97Whr battery, and an UHD IGZO 100% Adobe display. Adding premium top-tier components comes with some steep costs. However, the Precision 7740 justifies the price with comprehensively powerful performance.

Taking a look at the results in our performance section the Precision 7740 showed noticeable increases when compared to the ThinkPad P72 during our graphics-intensive SPECworkstation and ESRI benchmarks. In SPECworkstation every single category saw improvement. In SPECviewperf results were a little bit of a mixed bag. The Precision 7740 performed best in 3dsmax-06, Energy-02, Medical-02, and Showcase-02. The ThinkPad P72 performed best in Catia-05, Creo-02, Maya-05, SNX-03, and SW-04; however, the Precision 7740 still put out solid scores in these categories. Taking into consideration the fact that the Precision 7740 has hardware that is a generation newer than the Thinkpad P72 the results we saw were to be expected.

Overall the Precision 7740 is an extremely powerful workstation equipped to take on data-heavy and graphics-intensive workloads. It performed exceptionally well and is ideal for technical and creative industries including automotive, architecture, engineering, media and entertainment, etc. While base price is affordable at $1,479 we’d argue that this workstation is put to best use with mid to top tier specs. 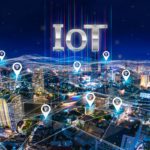 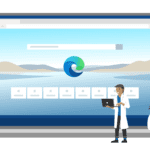