Elon Musk on Friday 28 August ’20 unveiled a coin-sized prototype of a brain implant developed by his startup Neuralink to enable people who are paralyzed to operate smartphones and robotic limbs with their thoughts — and said the company had worked to “dramatically simplify” the device since presenting an earlier version last summer.

In an event live-streamed on YouTube to more than 150,000 viewers at one point, the company staged a demonstration in which it trotted out a pig named Gertrude that was said to have had the company’s device implanted in its head two months ago; the live stream showed what Musk claimed to be Gertrude’s real-time brain activity as it sniffed around a pen. At no point, though, did he provide evidence that the signals — rendered in beeps and bright blue wave patterns on screen — were, in fact, emanating from the pig’s brain.

“This is obviously sounding increasingly like a Black Mirror episode,” Musk said at one point during the event as he responded affirmatively to a question about whether the company’s implant could eventually be used to save and replay memories. “The future’s going to be weird.”

Musk said that in July Neuralink received a breakthrough device designation from the Food and Drug Administration — a regulatory pathway that could allow the company to soon start a clinical trial in people with paraplegia and tetraplegia.

The big reveal came after four former Neuralink employees told STAT that the company’s leaders have long fostered an internal culture characterized by rushed timelines and the “move fast and break things” ethos of a tech company — a pace sometimes at odds with the slow and incremental pace that’s typical of medical device development.

Friday’s event began, 40 minutes late, with a glossy video about the company’s work — and then panned to Musk, standing in front of a blue curtain beside a gleaming new version of the company’s surgical “sewing machine” robot that could easily have been mistaken for a giant Apple device. Musk described the event as a “product demo” and said its primary purpose was to recruit potential new employees. It was unclear whether the demonstration was taking place at the company’s Fremont, Calif., headquarters or elsewhere.

Musk proceeded to reveal the new version of Neuralink’s brain implant, which he said was designed to fit snugly into the top of the skull. Neuralink’s technological design has changed significantly since its last big update in July 2019. At that time, the company’s brain implant system involved a credit-card sized device designed to be positioned behind the back of a person’s ear, with several wires stretching to the top of the skull.

After demonstrating the pig’s brain activity at Friday’s event, Musk showed video footage of a pig walking on a treadmill and said Neuralink’s device could be used to “predict the position of limbs with high accuracy.” That capability would be critical to allowing someone using the device to do something like controlling a prosthetic limb, for example.

Neuralink for months has signaled that it initially plans to develop its device for people who are paralyzed; it said at its July 2019 event that it wanted to start human testing by the end of 2020. Receiving the breakthrough device designation from the FDA — designed to speed up the lengthy regulatory process — is a step forward, but it by no means guarantees that a device will receive a green light, either in a short or longer-term time frame.

After Musk’s presentation, a handful of the company’s employees — all wearing masks, but seated only inches apart — joined him to take questions submitted on Twitter or from the small audience in the room.

In typical fashion for a man who in 2018 sent a Tesla Roadster into space, Musk didn’t hesitate to use the event to cross-promote his electric car company. Asked whether the Neuralink chip would allow people to summon their Tesla telepathically, Musk responded: “Definitely — of course.”

Matthew MacDougall, the company’s head neurosurgeon, appearing in scrubs, said the company had so far only implanted its technology into the brain’s cortical surface, the coaster-width layer enveloping the brain, but added that it hoped to go deeper in the future. Still, Musk said: “You could solve blindness, you could solve paralysis, you could solve hearing — you can solve a lot just by interfacing with the cortex.”

Musk and MacDougall said they hoped to eventually implant Neuralink’s devices — which they referred to on stage simply as “links” — in the deeper structures of the brain, such as in the hypothalamus, which is believed to play a critical role in mental illnesses including depression, anxiety, and PTSD.

There were no updates at the event of Neuralink’s research in monkeys, which the company has been conducting in partnership with the University of California, Davis since 2017. At last July’s event, Musk said — without providing evidence — that a monkey had controlled a computer with its brain.

At that same July 2019 event, Neuralink released a preprint paper — published a few months later — that claimed to show that a series of Neuralink electrodes implanted in the brains of rats could record neural signals. Critically, the work did not show where in the brain the implanted electrodes were recording from, for how long they were recording, or whether the recordings could be linked to any of the rats’ bodily movements.

In touting Friday’s event — and Neuralink’s technological capabilities — on Twitter in recent weeks, Musk spoke of “AI symbiosis while u wait” and referenced the “matrix in the matrix” — a science-fiction reference about revealing the true nature of reality. The progress the company reported on Friday fell far short of that.

Neuralink’s prototype is ambitious, but it has yet to show evidence that it can match up to the brain-machine interfaces developed by academic labs and other companies. Other groups have shown that they can listen in on neural activity and allow primates and people to control a computer cursor with their brain — so-called “read-out” technology — and have also shown that they can use electrical stimulation to input information, such as a command or the heat of a hot cup of coffee, using “write-in” technology. Neuralink said on Friday that its technology would have both read-out and write-in capabilities.

Musk acknowledged that Neuralink still has a long way to go. In closing the event after more than 70 minutes, Musk said: “There’s a tremendous amount of work to be done to go from here to a device that is widely available and affordable and reliable.” 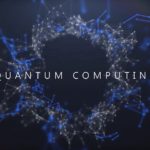 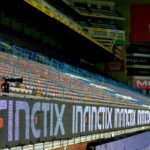