The Stormers opened their campaign with a hard-fought 23-17  home win against the Lions, who came into the match with an advantage of having played in the first round of the tournament last weekend.

As has become the norm in the Covid-19 era, the game was played inside an empty Newlands as coronavirus regulations currently prevent fans from attending matches.

In truth that gave the match an awkward feel. Having been able to experience it on Saturday evening, there was a distinct lack of intensity that usually stems from the crowd’s energy.

The Stormers attempted to compensate by giving their fans the ability to send artificial cheers over the Newlands speakers through an app. While that is a good idea in theory, allowing fans to stay involved from the safety of their homes, it only added to the whole awkwardness of the situation.

Speaking after the game, where the Stormers were far from their best after a rocky start to the match, Kolisi admitted that they felt the fans’ lack of presence in the stadium, without making excuses for their performance.

‘Even [during the] warm-up, it was awkward,’ Kolisi said. ‘I know we experienced it during [Super Fan Saturday], but playing here, it’s not the same, honestly.

‘We take it for granted and didn’t understand what it means to us until now. The way we started, normally the crowd would pick us up.

‘We made mistake after mistake and as [coach John Dobson] said, it felt like a loss. It was really tough without the people here today.’

The Stormers had an improved second half where they were able to take the lead for the first time in the match through tries from centre pair Rikus Pretorius and Dan du Plessis.

Kolisi added that he was confident that the team would improve with more gametime.

‘We all knew that we were making individual mistakes and didn’t start the way we wanted to start,’ Kolisi explained. ‘There was not much we could say [at half-time]. We were all on the same page and knew we had to start the second half a bit better.

‘We felt like everything was going the Lions’ way and we made individual errors. The one thing we spoke about was intensity, starting with intensity.

‘It felt a bit better in the second half, we started getting confidence and momentum.

‘We would have loved to have played last week. You could see that it made a difference for the Lions that they had a game. We will just get better. We are pretty down. But we know that we haven’t play a competitive game like this in such a long time. The more we play we play, the better we will be and we have nine games coming up.’ 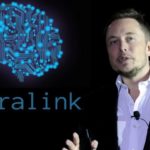 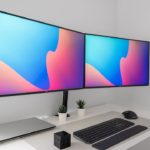