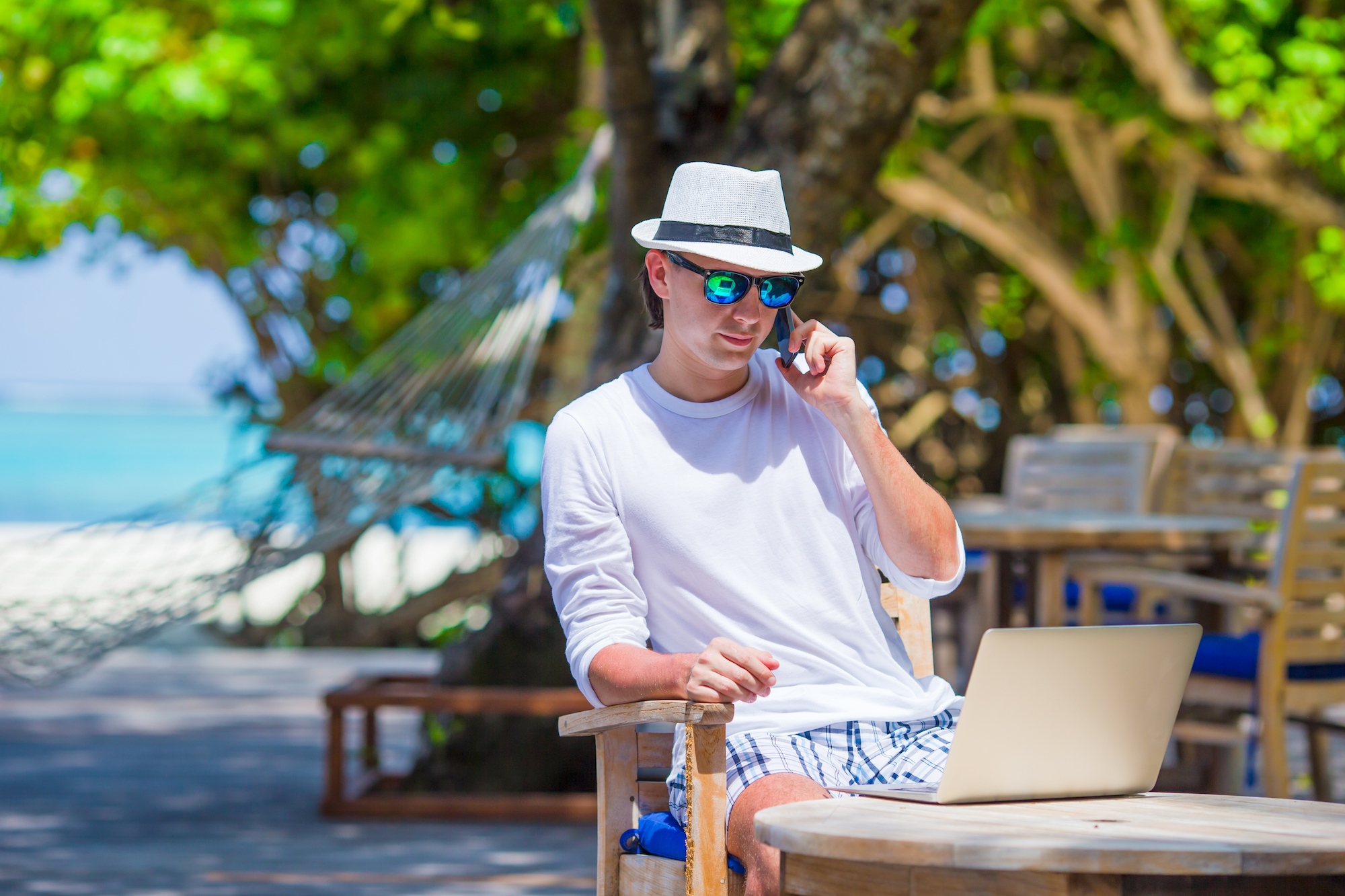 It’s been a decade overflowing with tough lessons: who to trust, when to speak out and how to stream big events online after you’ve broken up with your cable company. Looking back at 2010, we’d hardly recognise our former selves as tech has become even more steeped into everything we do.

Ten years ago, the first iPhone was only three years old. Uber and Lyft didn’t exist, and neither did Google Assistant, Siri, Instagram or streaming video.

We’ve come a long way since then, but the next 10 years won’t be easy. We’re starting this decade with some serious cards stacked against us. Radical political divide. Accelerated climate change. More privacy concerns than you can shake a selfie stick at.

The tech world will be blessed with triumphs and fraught with conflict over the next 10 years, but we can learn from the ups and downs we faced in the last decade. They say hindsight is 20/20. But as 2020 begins, it’s that hindsight we need most now.

Find your own voice and use it

Your voice is currency. The rise of YouTube, Instagram and TikTok celebrities are a testament to the shifting focus on ordinary individuals creating culture and influence. Across the political spectrum, people and groups took to social media platforms like Twitter and Facebook to advocate and organise.

No event early in the decade better highlights Twitter’s real-time broadcasting power than the Arab Spring, a string of political protests that swept the Arab world from North Africa to the Middle East in 2011. Twitter served both as a news source for on-the-ground events and a launchpad for coordinating antigovernment campaigns.

Social media was also instrumental this decade for gathering and amplifying movements and messages. The #TakeTheKnee and #BlackLivesMatter Twitter hashtags are stances to protest issues of systemic racism and police brutality, #FakeNews vocalises distrust in news sources and #MeToo has galvanised survivors of sexual abuse to speak up.

Whistleblowers have also used other online platforms to make their sometimes controversial voices heard, including NSA leaker Edward Snowden and Susan Fowler, an engineer-turned-journalist who shone a light on Uber’s bro-toxic culture with a tell-all blog post exposing sexual harassment and discrimination.

It’s one thing to join social media and post updates about a new job or photos of your dog, but it’s another when the fine print reveals how much of your data you’re passing along to a company.

The cost of privacy became clearest with 2018’s Cambridge Analytica scandal, where a seemingly harmless Facebook quiz administered by the analytics firm mined data on 87 million Facebook users without their consent. Cambridge Analytica then used the data to create political ads for the 2016 Trump presidential campaign and elections in other countries. The same year, a Disney Princess quiz exposed more than 120 million peoples’ data.

Data breaches from Target, Adobe, Equifax, Capital One, Yahoo and Marriott and many more added up to billions of compromised accounts. Meanwhile, privacy is often traded for convenience through your Google, Siri and Amazon assistants, facial recognition software, in-home security cameras and take-home DNA tests.

The 2010s exposed these vulnerabilities, as well as the need for greater regulation and accountability on the side of companies and agencies.

Your human friends remember your birthday, but when it comes to reliably doing your bidding and anticipating your needs, you can’t beat a digital assistant.

Google Assistant, Siri and Amazon’s Alexa all got their starts before 2010, but they’ve blossomed during the past 10 years into robust digital sidekicks that can do far more than forecast the weather and relay the height of Mount Everest.

Now, your voice assistant can screen spam calls for you and tell you when to leave for your next appointment. It can reorder toilet paper when you run low, turn on your connected TV and read your texts aloud in the car as you drive.

But Google, Apple and Amazon have faced criticism for failing to protect your privacy, which could make you wary about letting them access your address books, search history and calendar.

Digital assistants, however, are expanding more into your microwave, TV and car, not less. The trick will be to balance their help with careful tending of your privacy controls.

Your health is in your hands

Tech companies have spent the last decade formulating ways for you to seize control of your health and wellness, even when technology is hurting you, too.

A swell of smart watches, fitness bands and smart bedding detail your exercise, calorie and sleep data for you to analyse and use to change your behaviour. Phone accessories help people monitor blood pressure and glucose. You can even start sequencing your own DNA at home with 23andMe’s genetic testing kit.

Sometimes, this self-collected data saves lives. But there’s a dark side to quantified health that you need to heed. Too much data without enough medical interpretation is medically inadvisable. And our use of devices has grown so much that Google, Apple and other phone makers have built in digital detox tools to curb our phone addiction and make screens grey or sepia-toned to help us sleep.

Don’t believe everything you read online

For every compelling news story and factoid you glean from Facebook, Twitter and other social media, there’s more that’s waiting to lie to you or outright scam you.

The concept of fake news is a fallout of the decade, where “bad actors” seek to manipulate you by posing as legitimate new organisations. (Here are 10 examples.)

We saw scams that target shoppers and prey on the goodwill of strangers. Social engineering reared its head in this mysterious and fascinating case of 16 women on Tinder who were catfished on the same night. On the more sinister side, hate speech and doxxing continue to plague us, and social deepfakes represent a frightening new future of video.

If the decade taught us anything about who to trust online, it’s to check your sources before repeating “facts.” Try to leave your filter bubble and look out for signs that you might be a target of someone’s scam.

Reality can be fluid

Did you hear Laurel or Yanny? Was the dress gold or blue? What does your face look like if you were to swap genders?

In 2015, the absolutes of technology made room for interpretation with a striped dress — “The Dress” — that either looks gold and white, or blue and black (it was white and gold, obviously). And in 2018, a computer recording swept the English-speaking world which people would swear on their mothers’ lives said either Yanny or Laurel (I heard Yanny, clearly).

Filters from Snapchat and other apps can play with your facial features, making them appear old or young, festooned with stars and flowers, or even with more or less facial hair and lipstick than you might ordinarily wear.

From an area we associate with absolutes emerged a lighter side of tech that breathes life into multiple or alternate realities, a theme we’re sure to see grow as augmented and virtual reality technologies continue to develop.

The internet is forever

If you sear one rule into your brain going into 2020, make it this: Everything you post online can come back to haunt you, even years later. You might think your comment was ironic, hilarious or edgy. You may have intended it as satire or social commentary. It may have just been a moment of misjudgment you expect to blow over.

But your online record is part of your permanent record, and you aren’t guaranteed the benefit of the doubt, even if you think you deserve it.

Some examples: Last year, Harvard revoked admission to an applicant because of racist language he used in digital communication when he was 16. Earlier this decade, Kyler Murray, now a star for the Arizona Cardinals, came under fire as a college player for tweets he made as a 14- or 15-year-old that included a homophobic slur.

In 2018, a NASA intern lost her post for an obscenity-laced tweet. Gilbert Gottfried lost his job as an Aflac spokesman for insensitive comments about the tsunami in Japan in 2011. People being fired for poor social media and other bad internet behaviour is so common it’s now a genre of story. Here are 10 people who lost their jobs. Here are 13 more.

Live life in the cloud, but keep your feet on Earth

You shop online, bank online, stream TV shows and movies, and store your work on web apps like Google Docs and Microsoft Office 360. From music and documents, yearly taxes, online photo backups and QuickBooks accounting, we’re increasingly creating and storing our lives in the cloud.

Few of us own the music we listen to; we subscribe, through services like Apple Music and Spotify. The same also goes for collections of movies and monthly payments to host your online photo albums. Netflix, Amazon Prime Video and Disney Plus are some of the dozens of on-demand, internet-based streaming services we use to stay entertained.

Recipes, e-books, real-time gaming and communication have moved increasingly to the cloud, too.

The internet represents how we organise what goes in on our world, and it’s easy to get sucked in. Engaging in the physical world around you, even observing for a quiet moment rather than rushing to your phone to be entertained, is an important way to stay grounded in reality.

As we grow even more depending on our phones in the next decade, remember to lift your face from the screen, step away from your devices and spend time making connections that matter right where you are. Technology may become an even greater part of society’s fabric in the decade ahead, but it’s crucial to remember why it’s there — to ease our lives, not to control them. 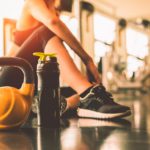 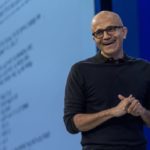